#ARTMOMENT: Fountain for the Faithful 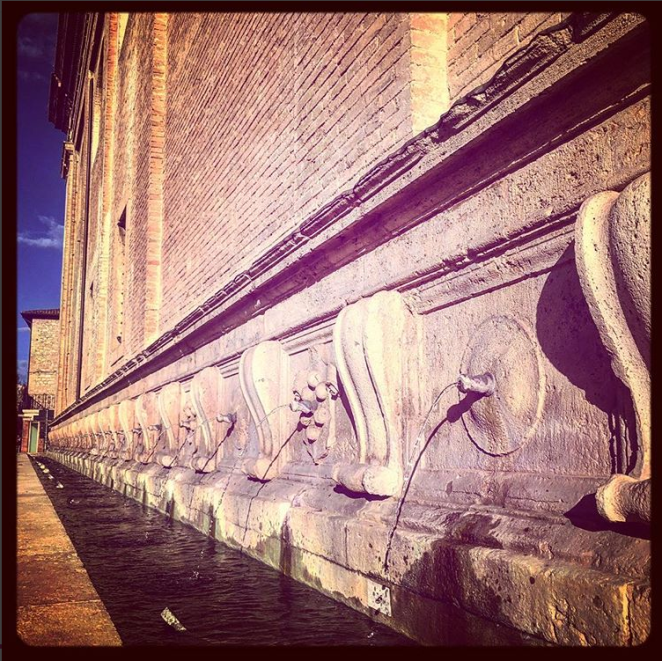 Outside the walls of Assisi, and down the hill, lies a beautiful little chapel which was one of St. Francis’ favorites. He had rebuilt it with his own hands, like many others in the area. Around 1211 the small chapel and surrounding area was given to Francis by the abbot of Saint Benedict of Monte Subasio on condition of making it the mother house of the new Franciscan Order. This little “Portion of Land” (La Porziuncola) was to become one of St. Francis’ most treasured places, and when he knew he was dying, he asked to be brought there.

After his death, the little chapel on the little portion of land attracted so many pilgrims that a larger church (actually, basilica) was built over it, and a long fountain was built on one side of the church to provide cool drinking water to those waiting in line. The fountain was donated in 1610 by Cosimo II, Grand Duke of Tuscany and decorated with his family’s (the Medici) coat of arms.

#ARTMOMENT: An interpretation of Italian culture and history through the mind of an American.